Yesterday night we headed over to a film screening organized by a local film club called Cine Darbar. For their week-end long film “festival” they had zoomed in on two less popularly known film nations – Japan and Iran. The Japenese films they showed were mostly by Ozu, a director that I mostly remember from my Stockholm Cinemateque going days as one of long, still, quiet scenes where the camera wouldn’t move for large parts of the film. To be honest, I found them slightly boring.
On the Iranian side, it coincided with nicely an interest in Iranian films triggered by Madhura, so we headed over to see “About Elly” by director Asghar Farhadi. The film, tells about a trip of three young families to North Iran and the shores of the Caspian sea. As part of the trip, Sepideh played by Golshifteh Farahani, has her hopes set on matching up newly divorced and returned from Germany Ahmad with her daughter’s teacher Elly. The story line is simple, not to say simplistic, but the film is held up strongly by some of the actor’s performances as well as the subtle exposure of social and morale codes that still seem to be prevalent in Iran.
http://www.imdb.com/title/tt1360860/ 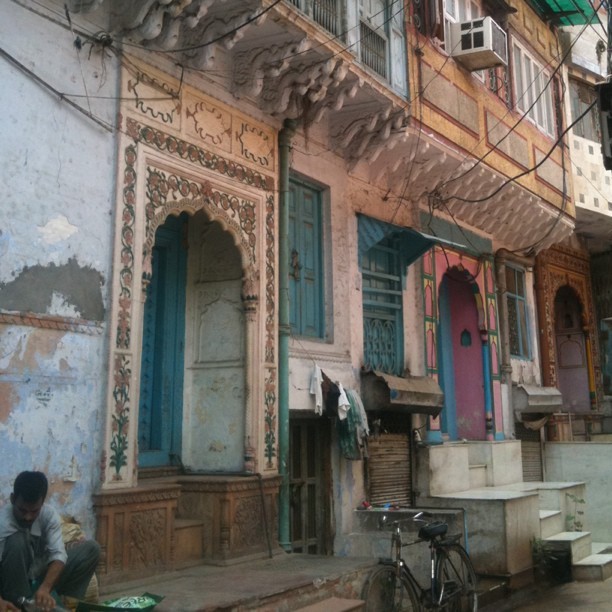 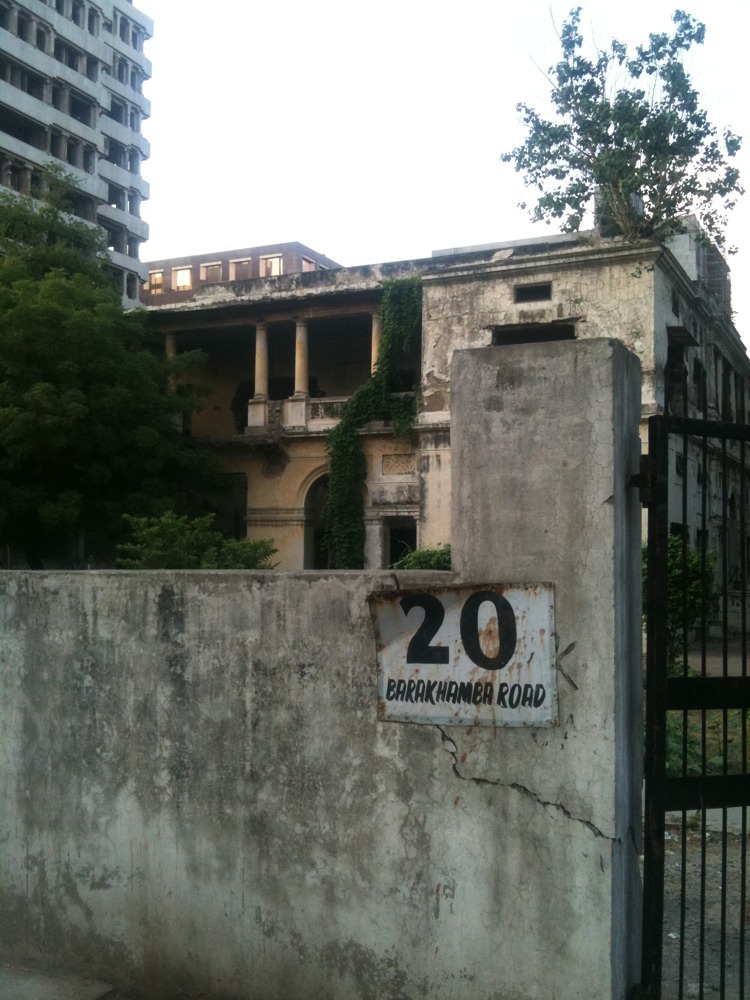 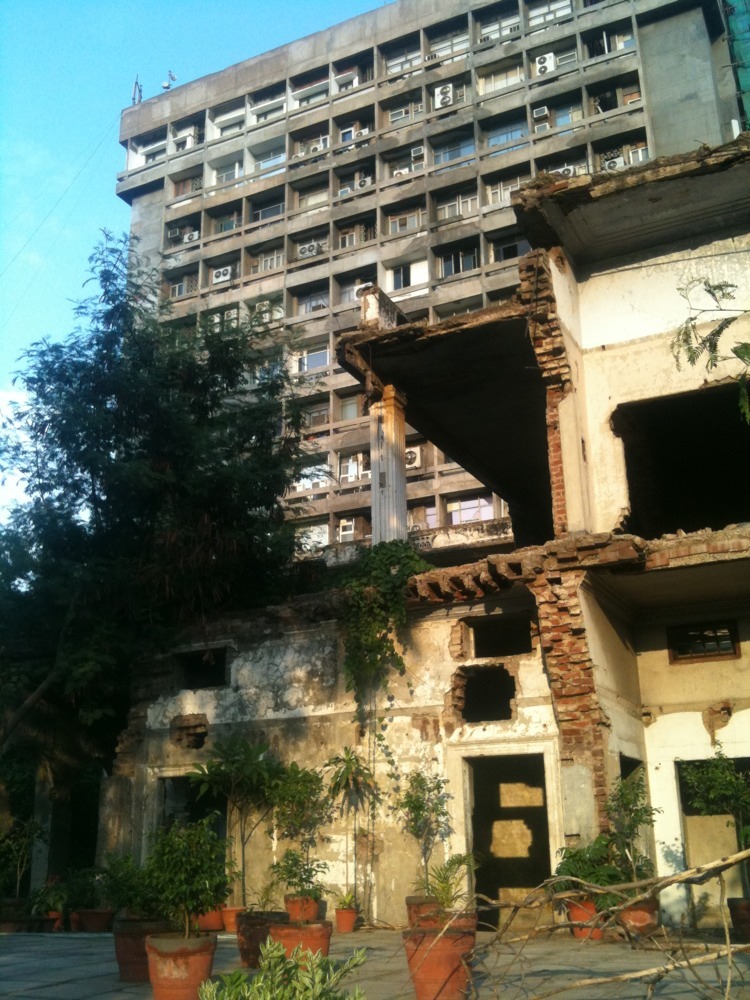 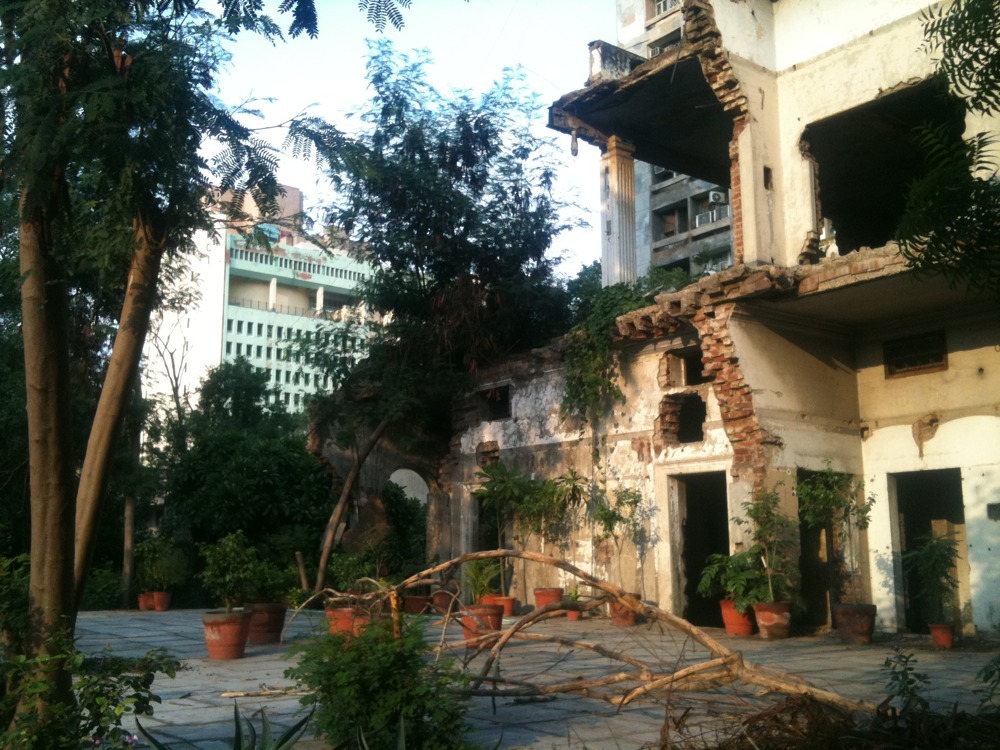 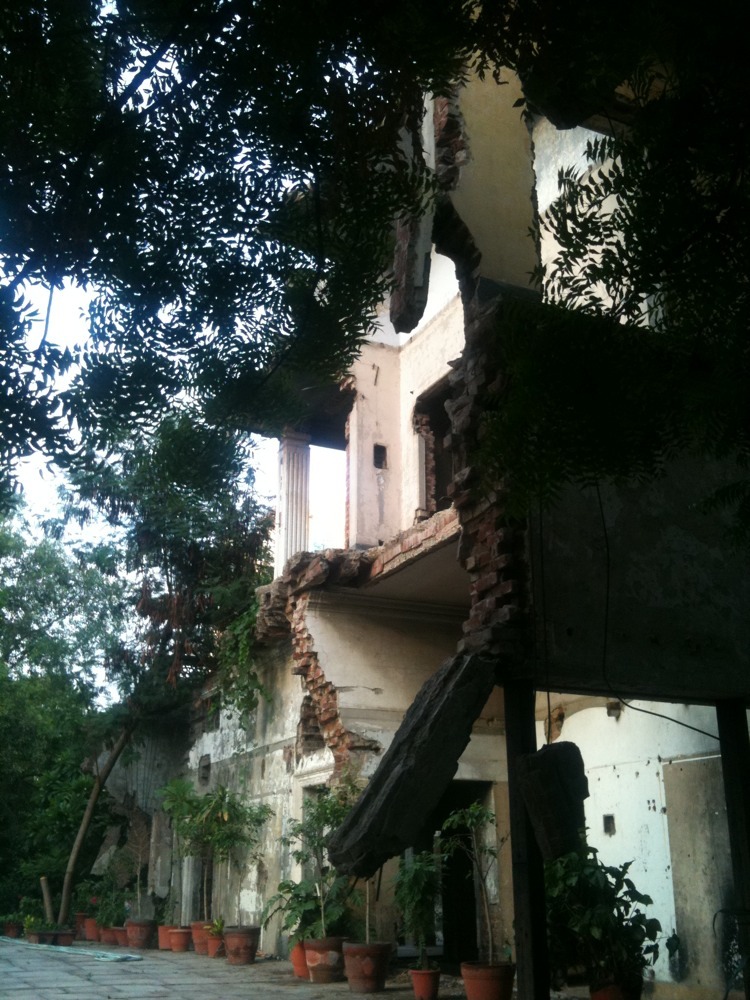 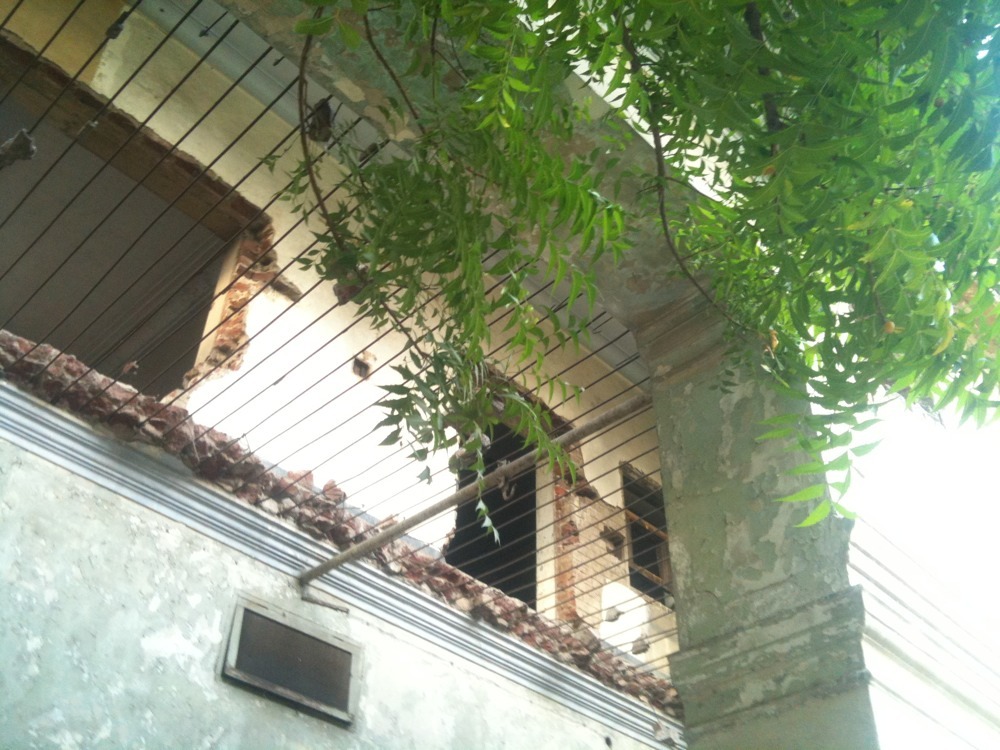 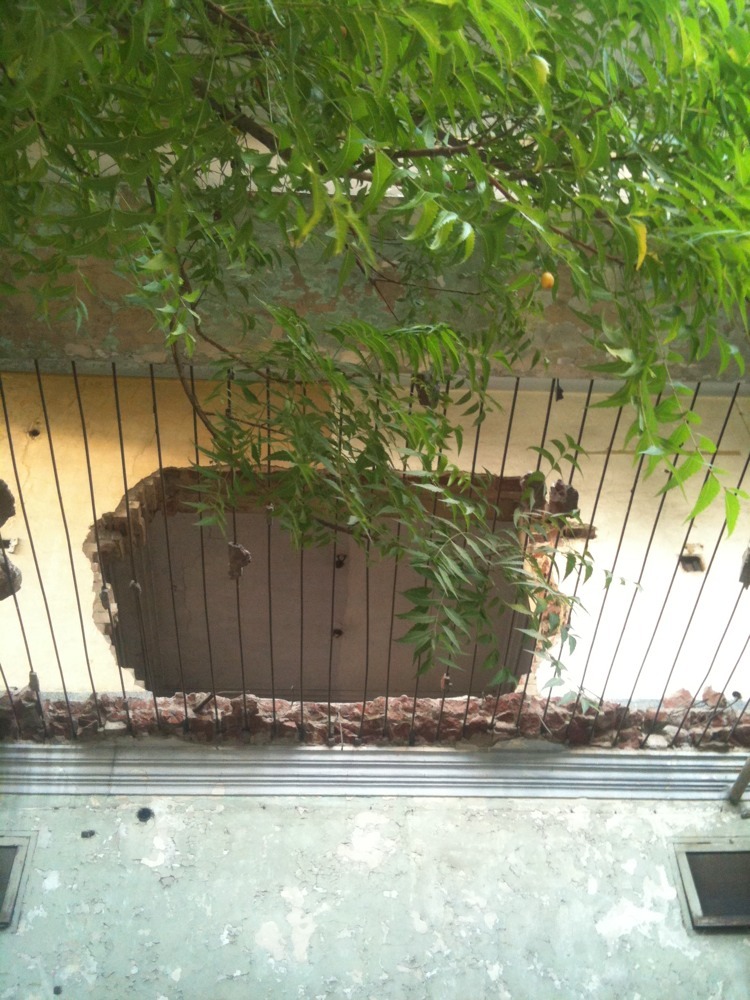 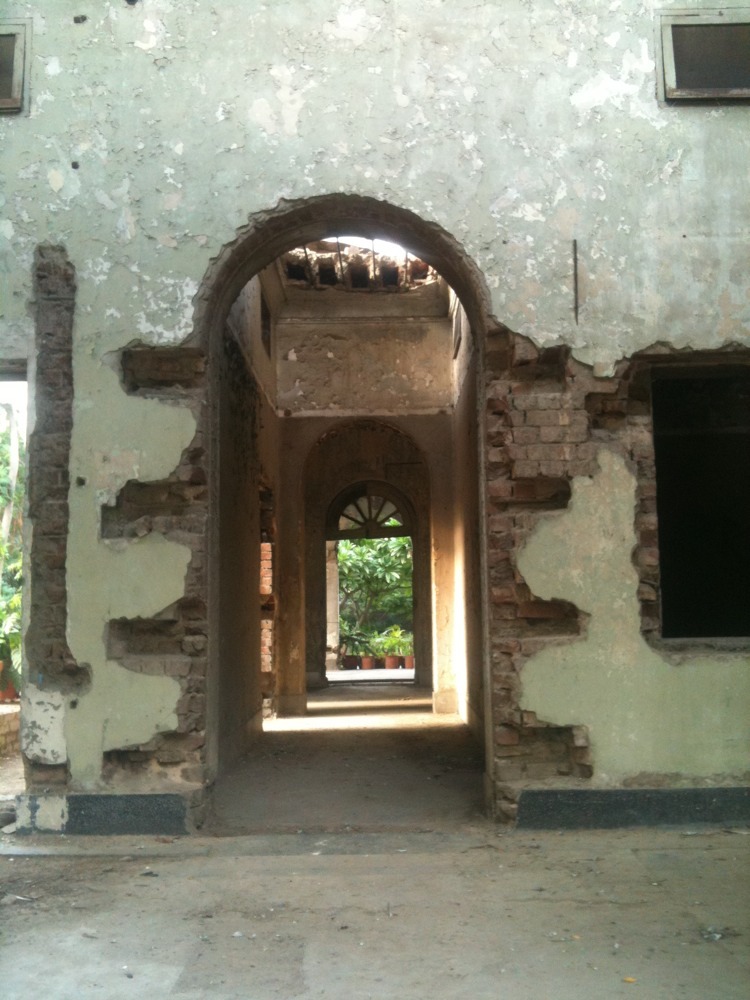 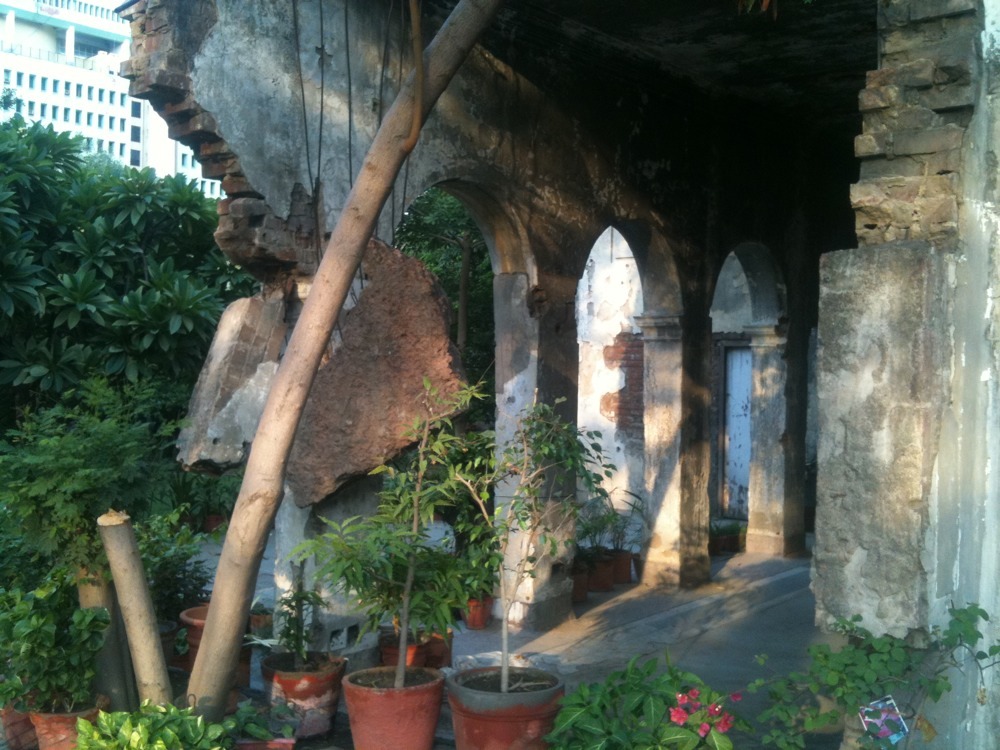 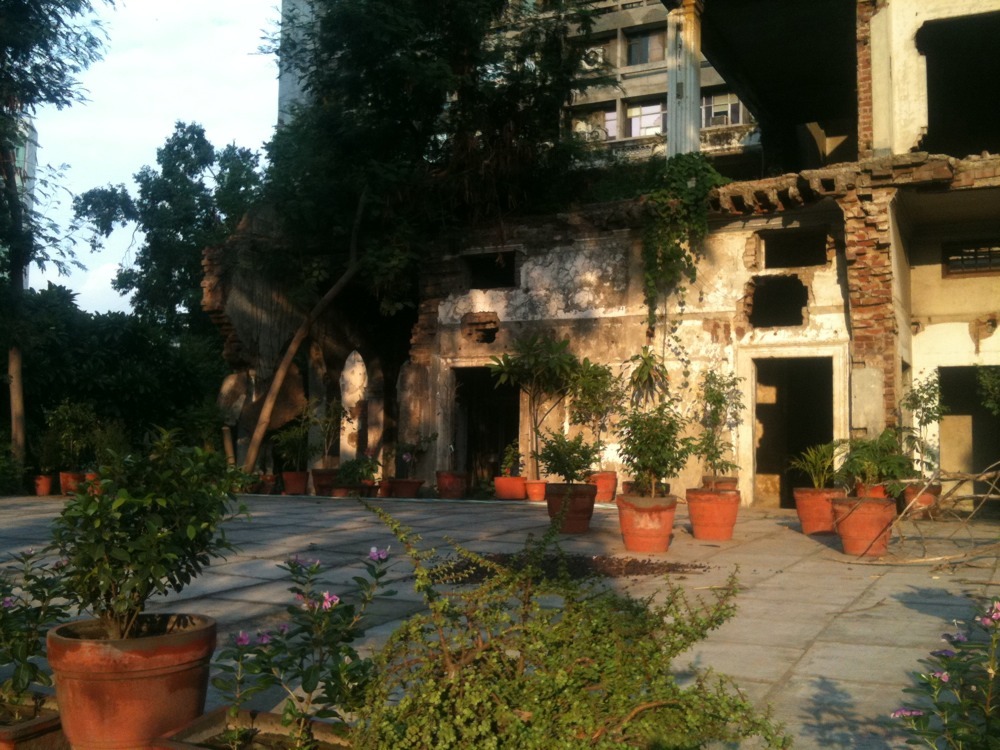 Nestled amongst the high-rises of Barakhamba road, themselves soon to be relics, lies a fragment of what New Delhi was created for.

Once a stately bungalow, at what must have been a very posh address, just behind, what was then the new commercial center, Connaught Place (now Rajiv Chowk), this building, in complete disrepair, seem to have at least managed to retain a prolific mali with the potted plants fitted with little signs stating the type of growth they hold.

A great pleasure it is that Delhi offers – the ambling about the circles emanating from CP down towards the south looking at the bungalows now housing the powerful (and no doubt often corrupt) Indian political elite. The difference between the various parts such as New, South, East, West and Old Delhi is so clear that when you’re in an auto you need no map to know when you’ve passed from one area to the other.

At first I was somewhat apprehensive of the green wide streets of Lutyens Delhi, feeling that it made the city feel so un-urban with the bungalows which – unalike traditional Indian dwellings (so tell me the excellent Lucy Peck book on Delhi) – “faces” outwards requiring large gardens to create a green buffer between the outwards focal point of the building and the street. And even though I have yet to cosy up to one of those IAS fellows living inside, I can still enjoy the views of the gardens and verandas as I stroll between CP and Central Secretariat, the apprehension gone after having spent almost a year living in the dense crowded colonies of South Delhi, about which another blog post might be dedicated.

All in all, this is one area I have learnt to appreciate, and as in many places in India it holds neat little surprises. Like 20 Barakhamba road.

Begging means: soliciting or receiving alms in a public place whether or not under any pretence such as singing dancing fortune telling performing or offering any article for sale, entering any private premises for the purpose of soliciting or receiving alms, exposing or exhibiting with the object of obtaining or extorting alms any sore, wound injury deformity or disease whether of a human being or animal
This act has regularly been used to harass and do all sorts of things towards street vendors and beggars on the streets of Delhi. During the common wealth games beggars would be rounded up and jailed or sent either back to their home towns or to random places outside of Delhi.
Thanks to Madhura for the quote

The significant finding is this: About 71 percent of them said they had entered the profession willingly.
From nationwide survey of 3000 women in India a result that might confound your expectations. As has been seen with the discussion on prostitution in Sweden – clearly the idea that women are always forced into prostitution needs more nuance. Of course there are systematic factors at play that affects the inclination of these women to chose prostitution – however the picture of the woman prostitute as a hapless victim cannot be correct.