So, our roof stood up to the most powerful cyclone that people living in our area had experienced. Our house was directly in line with the cyclone – we even experienced an eye where the wind and rain completely stopped for 30 minutes after which they again began. Winds came entirely from the east, a direction in which we have no natural or constructed protection from the wind.

As can be seen from the pictures, the roof was a bit tussled but it wasn’t damaged. It also did not leak. This was quite an impressive feat for a roof of straw and bamboo, and we had many people come to see the house expecting major damages. In our area, most houses with tile, tin or asbestos roofs had their roofs damaged and in need of repair. While we do need to repair some of the mud walls, there is no great urgency or cost involved in doing that.

The experience lead me back to thinking about when we made the roof in 2017 with the help of the team from Sundarbans who built our house and Matha Chhaj. The process began with the preparation of roof panels on the ground:

There was quite a large amount of panels to be prepared, in total we used about 15 tonnes of straw:

Finally, when the panels were all done, they were lashed using cotton rope on to the bamboo frame of the roof:

The end result is not only beautiful, but also doesn’t heat up the way many other roofing systems do and it’s also – apparently – able to handle winds as strogn as 150-160 kph. Cost-wise, there is considerable labour involved, but the material costs (cotton thread, bamboo battens and straw) is inexpensive and locally available. During the process, our team from Sundarbans learnt the technique so in case anyone in West Bengal want to have a similar roof, I can recommend very skilled artisans that can do it.

It’s sad that the Indian government still (and now with renewed vigour under Swachh Bharat) goes on about the idea of Waste-to-Energy – technology entirely unsuitable to our conditions. “The fundamental reason (for the inefficiency of these plants) is the quality and composition of waste. MSW (municipal solid waste) in India has low calorific value and high moisture content. As most wastes sent to the WTE plants are unsegregated, they also have high inert content. These wastes are just not suitable for burning in these plants. To burn them, additional fuel is required which makes these plants expensive to run,” said Swati Singh Sambyal, author of the report and researcher on waste management, at the CSE.

Something that Kolkata might want to think about as we grow the outskirts with malls as opposed to the diversified inner city – is it really a good long term investment (even if we just consider tax revenue?) 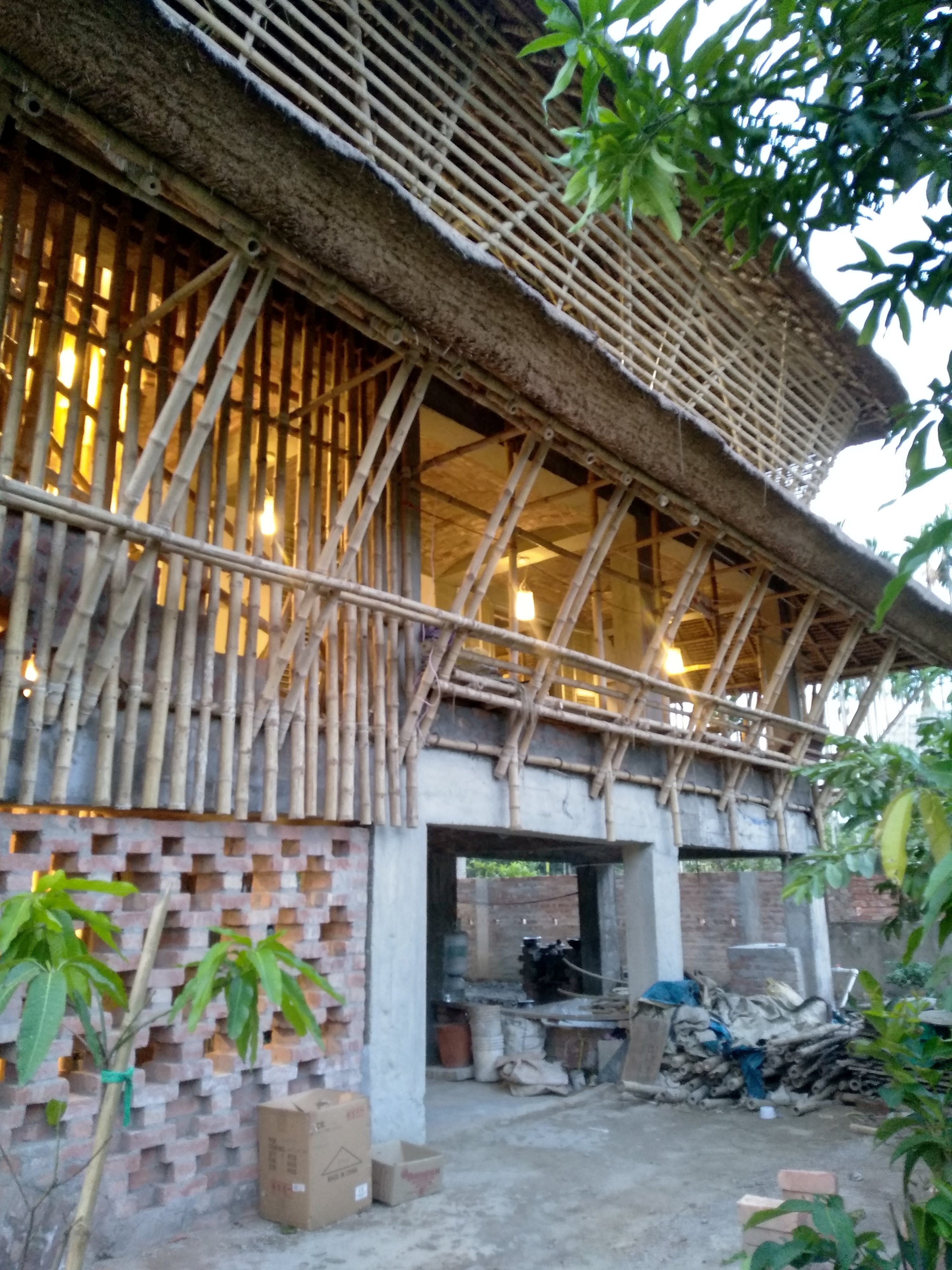 The new bamboo staircase coming along in a river of split bamboo pieces tied to a full bamboo frame, mirroring the shape of the brick staircase below. 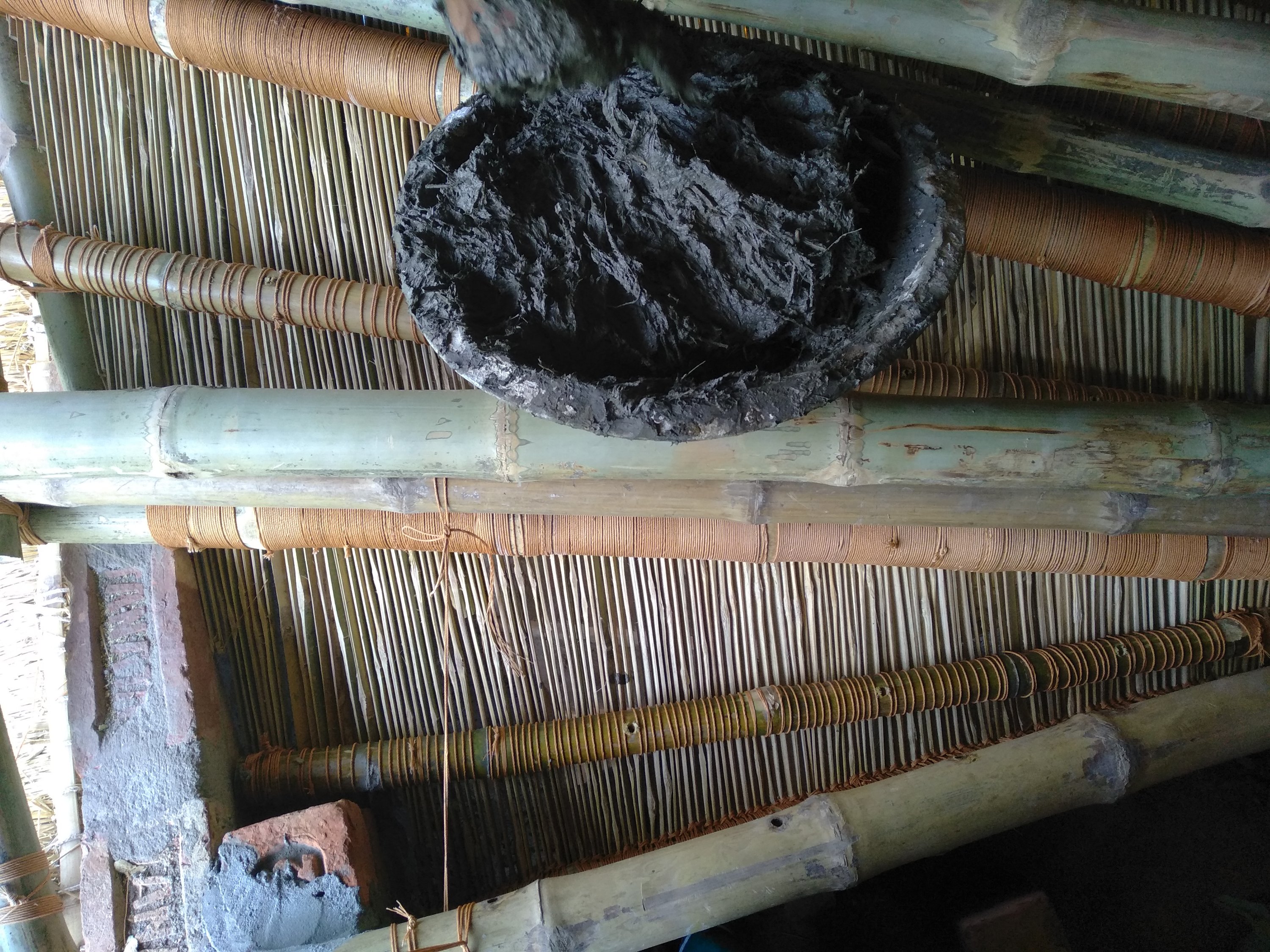 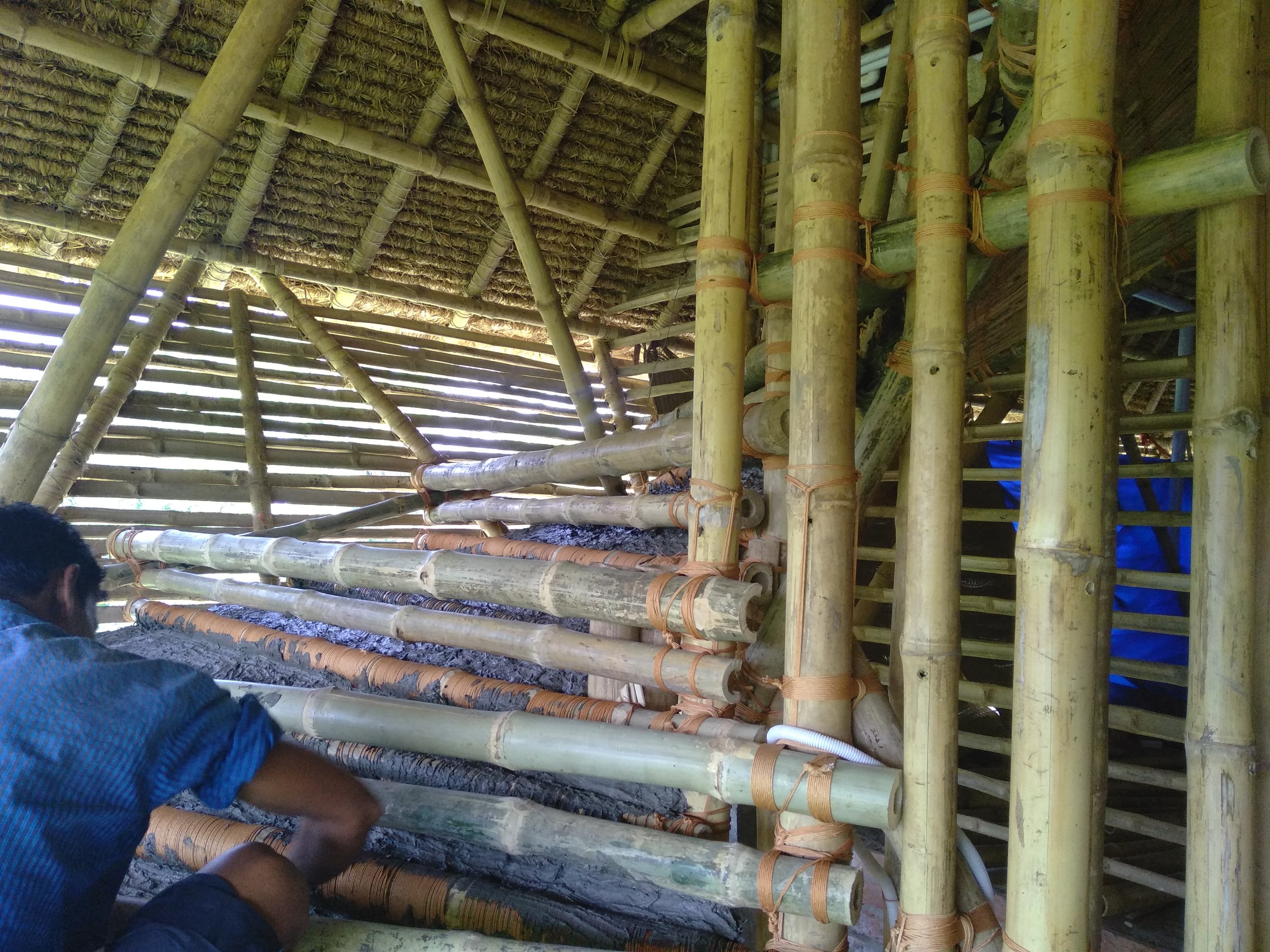 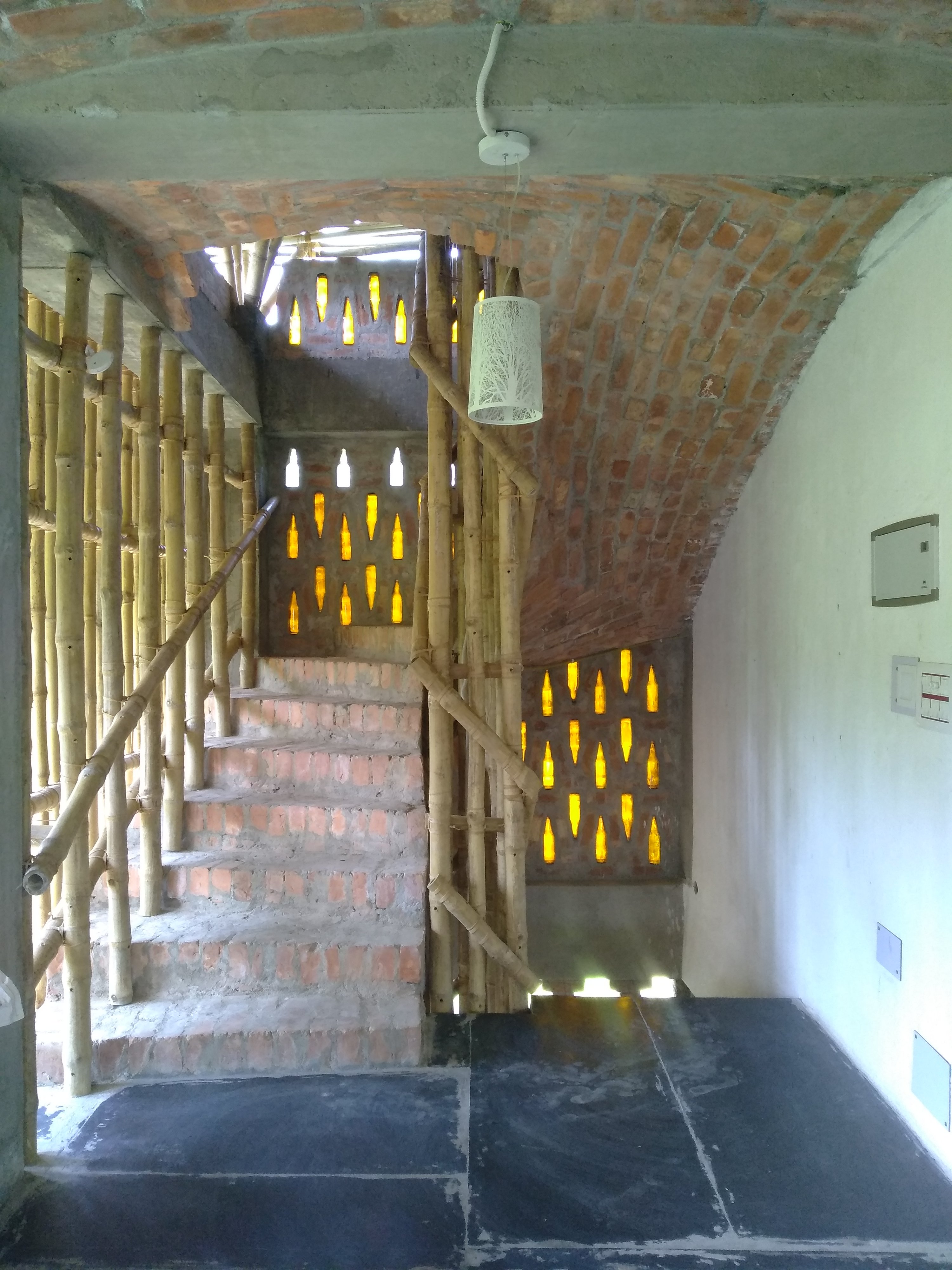 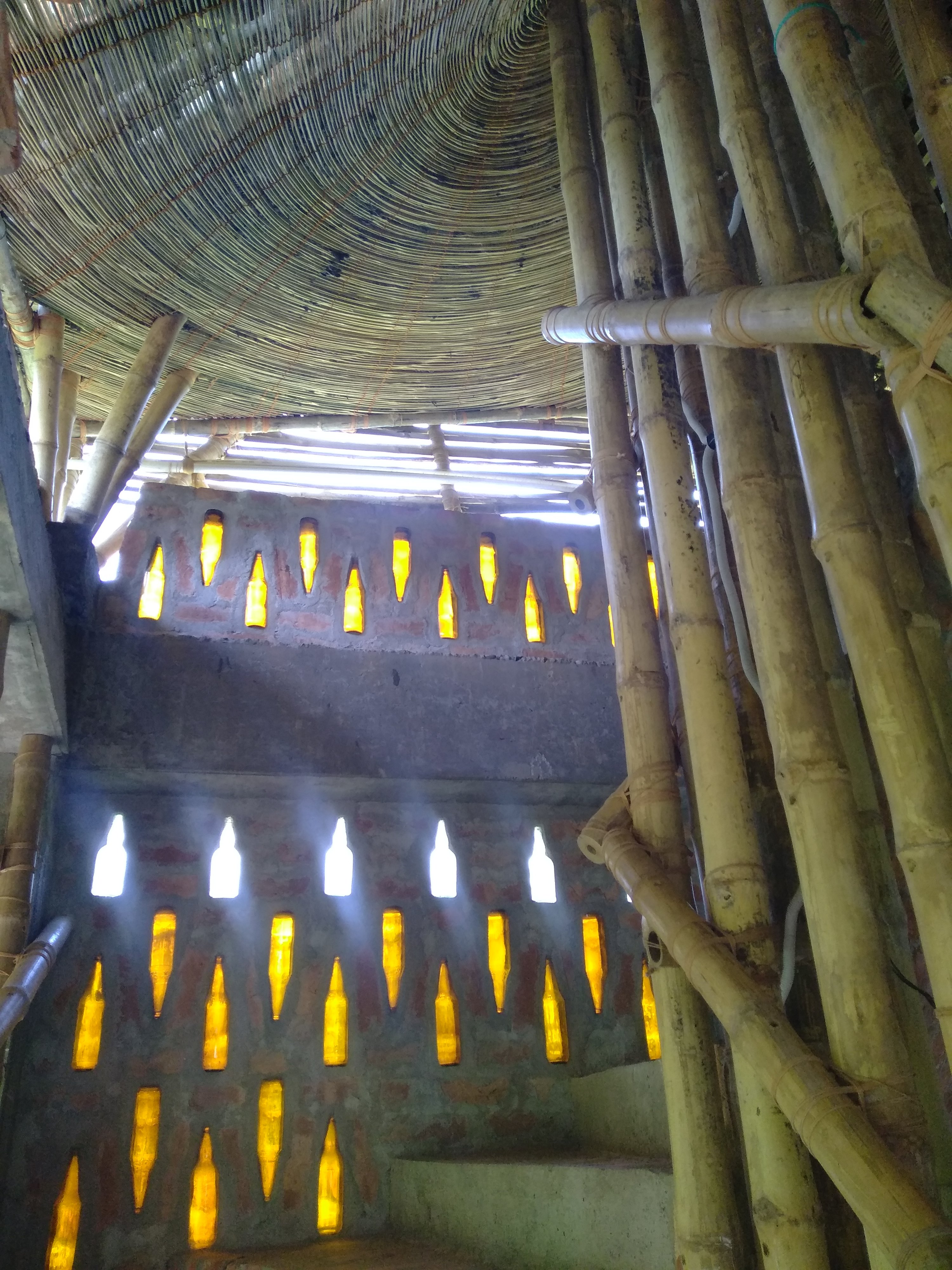 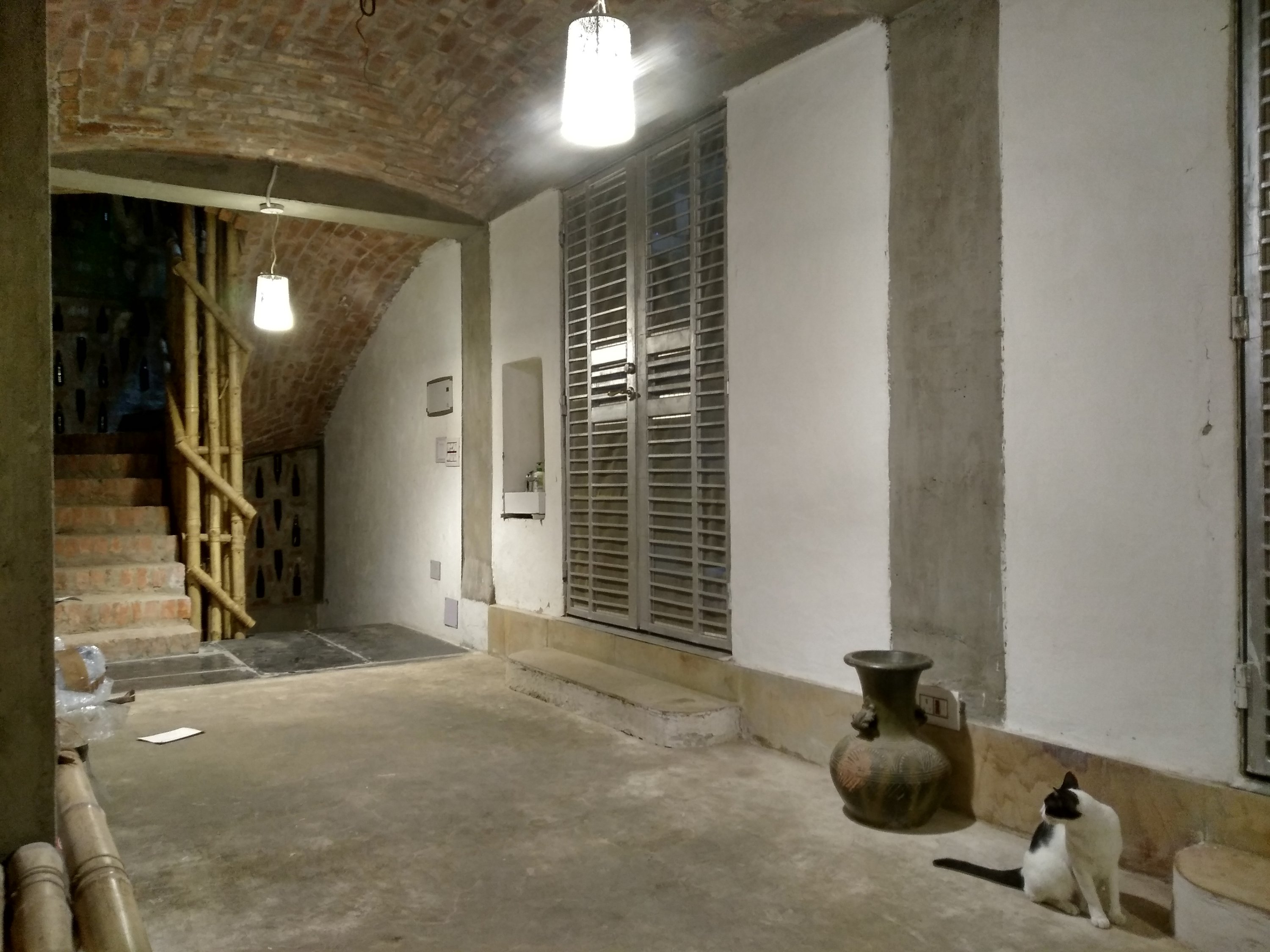