It can’t be harmful what I think, [….], my belief system cannot be harmful to anybody else, it’s what I do that can hurt somebody. 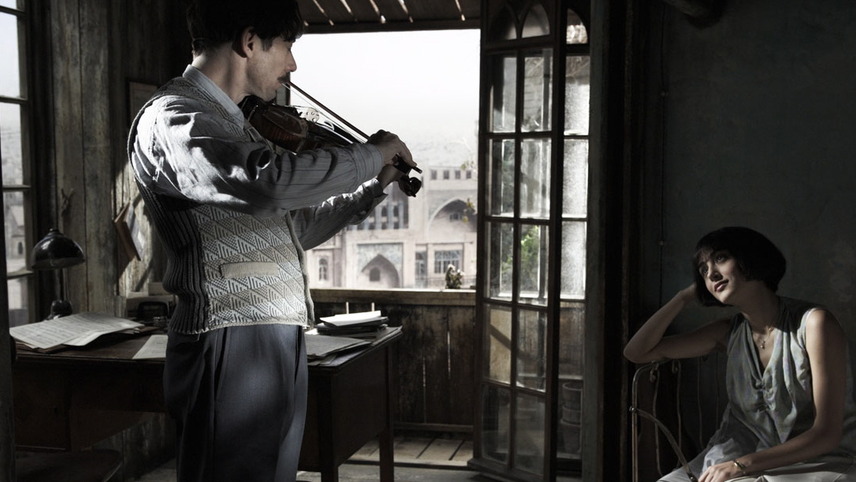 Pretty photography, beautiful animation and a generally entertaining story line. A feel good film that seem to hark to Amelie Poulain, but which doesn’t quite end up being as captivating.

Highly enjoyable, small scale film about the process of adjusting to new circumstances and the anxiety of being 25. Doesn’t try to be much more than what it is, and it’s all it needs to be.

The letters to our office with regards to the "National Population Registry" (NPR) camps got me interested and confused.

The NPR is run by census office under the home ministry and is a registry of all usual residents, ie. everybody who has "resided in a local area for the past 6 months or more or a person who intends to reside in that area for the next 6 months or more.".
It captures all sorts of data about the person including biometric data (finger prints, iris scans, photograph) and issues a smart card containing such data. At that point I had to stop and think – hey, how does this relate to the vaunted (by government, criticised by others..) UID set up by Nilekani?
From the letter we received at our office it wasn't quite clear. It did state that even if a UID/Aadhaar  had been received you should still attend the NPR camp and get your details updated.
After some Googling it turns out that:
a) Original remit of UID didn't include issuing any cards or such, simply to collect the data and maintain the database
b) NPR was supposed to use this database to issue smart cards
c) In some areas smart cards could be issued by the local registrar
d) UID did float a tender in 2011 for the issuance of some 150 million cards
e) Said tender was later cancelled in the end of 2011
f) After registering some 200 million people NPR was supposed to take over all registration of biometric data from UIDAI – that point has now in Jan been crossed
Conclusion is that supposedly UID number will be printed on a persons NPR smart card and if no UID exists the NPR biometric data collected should result in a UID number being created.
All this means that the NPR smart card  happily adds to the bewildering array of identification that an proper Indian resident needs to/can carry:
Not to mention extras such as: ESI smart card, drivers license, etc.
Additionally to make matters easier the UID and NPR databases are registering all residents – ie. not only citizens – where as the PAN database is for any tax resident (defined differently from UID/NPR usual residence status) and naturally voters id/passports are based on only on citizens…
http://uidai.gov.in/about-uidai.html
http://censusindia.gov.in/2011-Common/IntroductionToNpr.html

THE COURT: All right. Let me tell you why I’m going to sentence Mr. Gurel to six years only in spite of the People’s request for –

THE COURT: – 16. And that is, I spent my last year and a half in the DA’s office in the sexual assault. I’ve seen sexual assault. I’ve seen women who have been ravaged and savaged whose vagina was shredded by the rape. I’m not a gynecologist, but I can tell you something: If someone doesn’t want to have sexual intercourse, the body shuts down. The body will not permit that to happen unless a lot of damage is inflicted, and we heard nothing about that in this case. That tells me that the victim in this case, although she wasn’t necessarily willing, she didn’t put up a fight. And to treat this case like the rape cases that we all hear about is an insult to victims of rape. I think it’s an insult. I think it trivializes a rape.

I certainly know that this judge in California has absolutely no idea. For more read:

“Every package containing the genetically modified food shall bear at top of its principal display panel the words ‘GM’,” the notification under the Legal Metrology (Packaged Commodities) (2 {+n} {+d} Amendment) Rules 2012 said. Such packaged commodity rules are applicable to 19 products including biscuits, breads, cereals and pulses among others.

While GMO labeling is a bit of a distraction and in no way addresses the key issues at hand – it’s not overall bad. However, the fact that it covers only 19 product categories (albeit some of the most pervasive ones) can create trouble even if the consumer is aware of what the label means – if you look at a product not covered under the 19 heads you might assume that it lacks GMO because it lacks the label.

Naturally, as always, a rule is a rule but implementation will be a completely different matter. A shoddy implementation is worse than not having labeling at all, meaning again that this is mostly a distraction.

Lawyers at the district court in New Delhi refused to defend the accused men — the bus driver, his brother and four of their friends, all residents of a south Delhi slum near the site of the attack.

“We have decided that no lawyer will stand up to defend the rape accused as it would be immoral to defend the case,” Sanjay Kumar, a lawyer and a member of the Saket District Bar Council, told AFP.

Kumar said the 2,500 advocates registered at the court have decided to “stay away” to ensure “speedy justice”, meaning the government would have to appoint outside lawyers for the defendants.

While there’s no sympathy for the perpetrators of the Delhi gang rape – ensuring at the very least a defence for the right to due process is the only appropriate response.

Sure, Mr Kumar says it’s simply a symbolic gesture, but to me – it’s a deeply problematic gesture – what if every counsel in the country would choose to do this?

Researchers have established that inhaling burnt plastic materials have altered sexual characters of some birds (from male to female). They have also revealed the same defects can easily occur in human beings. Plastics should never be burnt in the open air, there are recycling options available for disposal of these waste products.

Thank you Internet for providing a daily dose of stupid.