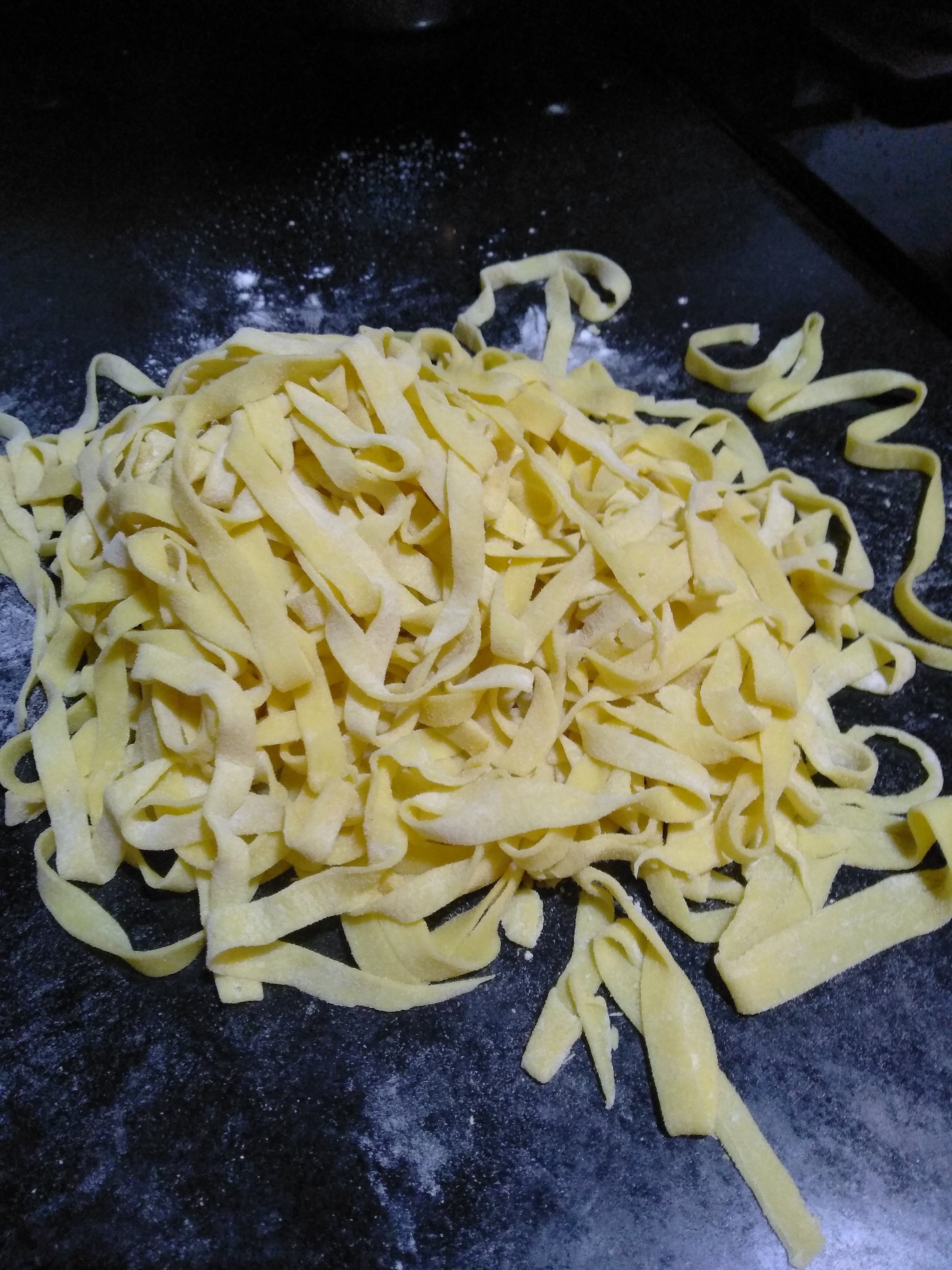 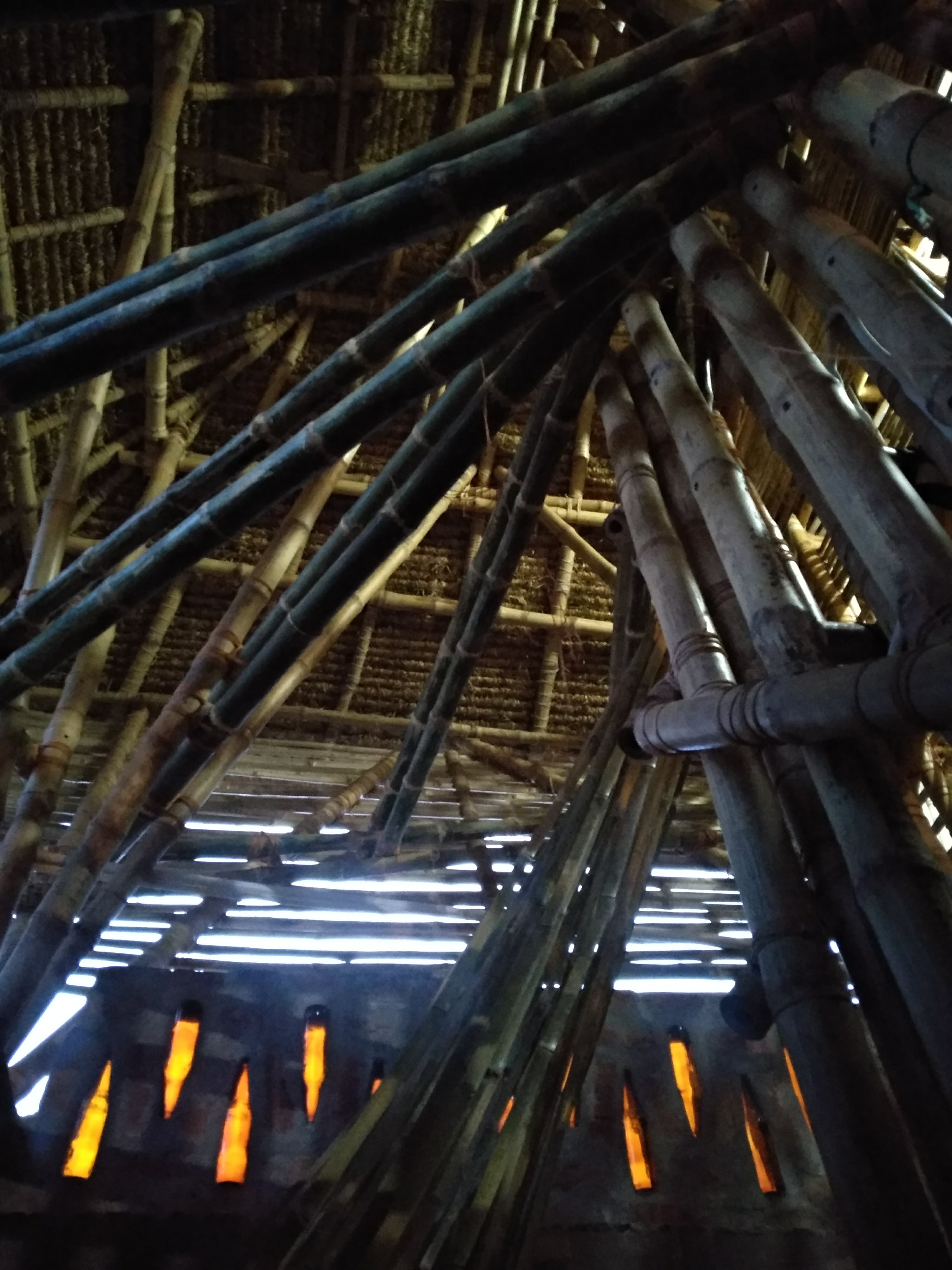 Last week’s project in the house – bamboo staircase to the mezzanine floor.

Kolkata airport right now features a series of ads which proclaim various facts about the potential visitors to the airport – 30% of them are deciding on their next vacation then and there, 80% of them (if they are middle class) want the amenities and comforts of gated communities and so on…

Interestingly, the ad makers did feel the need to provide a source for their statements. However, they didn’t quite get their referencing right: 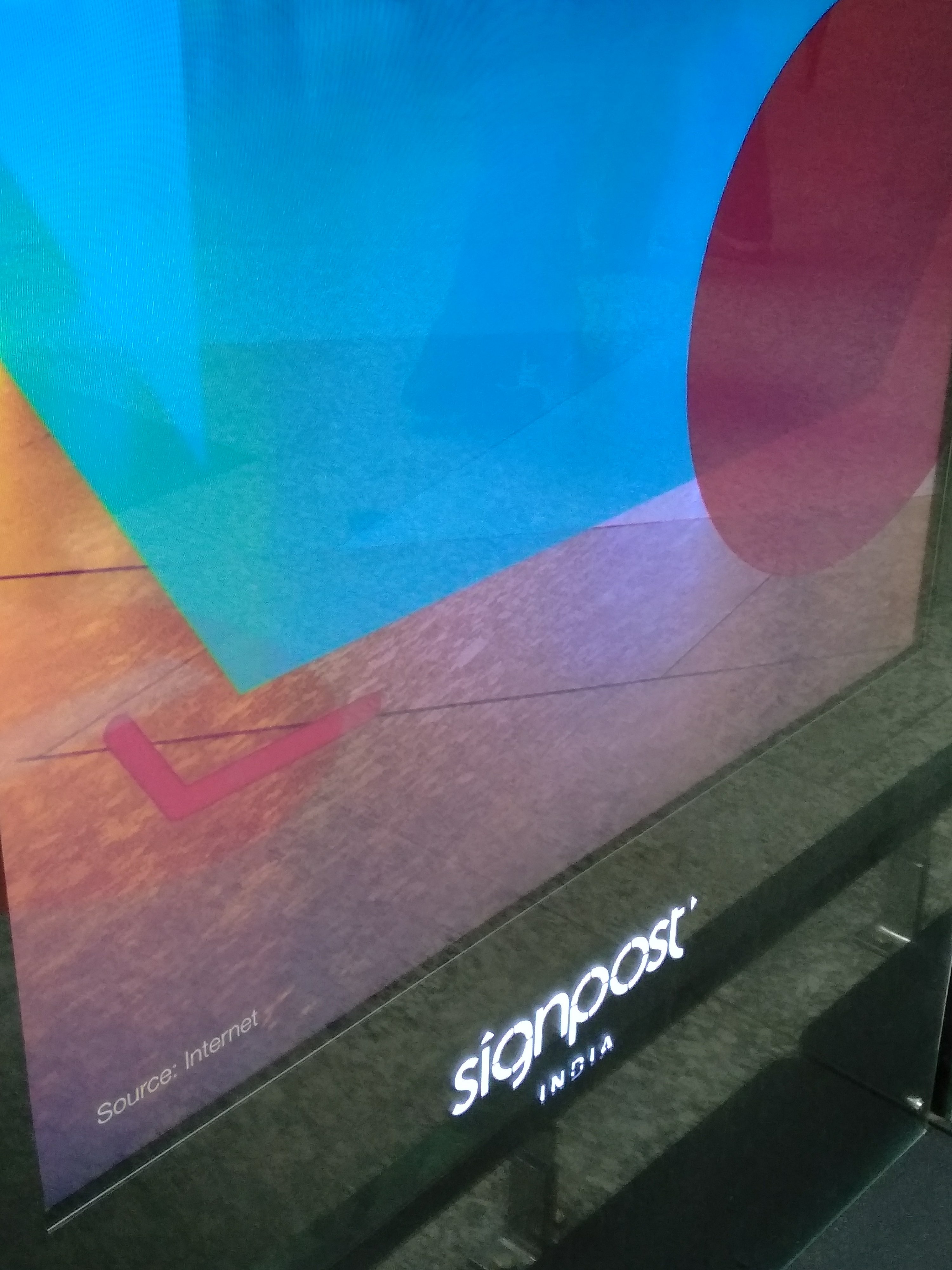 A set up of tips that should allow most people to protect themselves against "targeted non-state attackers, ambient opportunistic state-level actors, and non-specialist law enforcement".

1. Get an iPhone and use it in preference to your computer.
2. Enable "code-generating" or "authenticator app" 2FA on all your accounts, particularly email (this is called "TOTP").
3. Disable SMS 2FA on any account wherever you’re using real 2FA.
4. Switch to Google Chrome, which is significantly more resilient against vulnerabilities than either Safari, Firefox, or IE.
5. Don’t use Dropbox.
6. Enable your OS’s built-in full-disk encryption (this is FileVault on a Mac, BitLocker on Windows).
7. Disable cloud-based keychain backups (OS X will ask you to opt-in when you configure your phone or laptop the first time; Windows will make you go out of your way to do it).
8. Install Signal and either WhatsApp or Wire on your iPhone. Use Signal when you can, and fall back to the less strict alternative app when you can’t.
9. Don’t use email to send sensitive information, full stop.
10. Install a password management application that doesn’t store your secrets in the cloud. I recommend 1Password. Better though to rely on 2FA than on a password manager.
11. Do not use antivirus software, other than Microsoft’s own antivirus software on Windows.
12. Turn off cloud photo backups and location sharing for your camera.
13. Don’t accept or click on email attachments, or allow your peers to send email attachments

"Pack your bags to go explore the pearl of the gulf, daily flights from Sharjah to Kozhikode and Thiruvanathapuram"?

I might be drawing a hasty conclusion here, but I figure this flight is for one reason and one reason only and that’s to ship labour from India to the Gulf (and back).

Considering that, isn’t it curious that Indigo feels the need to promote it with a mail suggesting it would be a great tourist draw? 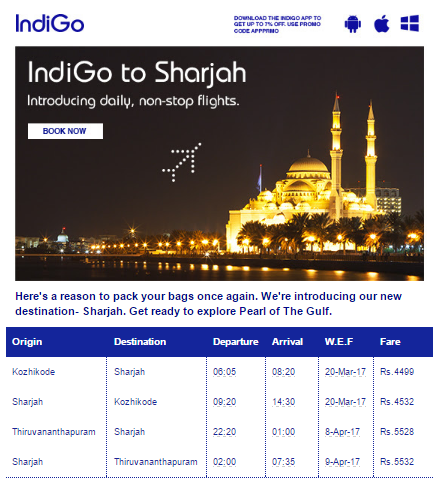 The Arctic was conceived by Carter’s company, Okanagan Specialty Fruits, which he runs with his wife, Louisa, and four other full-time employees, newly under the umbrella of a large biotech company that bought it this year. It’s an intended solution to what Carter sees as two interrelated problems: First, millions of pounds of perfectly good apples get dumped every year because they look a little too bruised or brown, the victims of an instinctive human aversion to fruits and vegetables that aren’t smooth, shiny, and symmetrical. And at the same time, North American consumers, accustomed to 100-calorie packs and grab-and-go everything, have developed an impatience for food that can’t be quickly eaten. “An apple’s not convenient enough,” Carter, 58, with reddish hair graying at the temples, told me. “That’s the truth. The whole apple is too much of a commitment in today’s world.”

This reads like, I don’t know, dystopic sci-fi? “A whole apple is too much of a commitment in today’s world”? How do you say something like that with a straight face?

Between 2008 and 2014 there has been a 6000% percentage increase in vaccine preventable deaths. Why? Because parents no longer give their kids the vaccines of the standard vaccination program due to ideas of vaccines being harmful.

Out of 12000 annual whooping cough cases worldwide, 5000 are in California [1]. Worldwide in the last 6 years there have been over 1.2 million deaths that would have been prevented fi they’d been given vaccines [2].

In Oregon and West Virgina, vaccine coverage has dropped below herd immunity [3,4]. Loosing herd immunity leads to deaths among both unvaccinated individuals (who might want to vaccines but can’t get them due to cost, immigration status, access and many other reasons) as well as vaccinated individuals for whom the vaccine isn’t 100% effective [5].

So, supposedly “informed” and “conscious” parents opt out of vaccines, ensuring that people with either poor immunity, poor vaccine cover or lack of access to vaccines die from “their” choices.

And on the basis of what? Often things like that study about vaccines and autism is quoted… well that one could never be repeated by anyone else and was recently retracted as complete and utter bullshit (“study leader Andrew Wakefield, MD, and two colleagues acted ‘dishonestly’ and ‘irresponsibly’ in conducting their research”) [6].

Here’s an interactive map to illustrate the extent of our problems with vaccine preventable death (notice those clusters, like the one in the middle of Sweden? That’s how vaccines spread, they infect groups or clusters of people and that’s why herd immunity is so important):

But yeah, a world with smallpox, measels, polio, spanish flu etc. would be a much better world wouldn’t it? A more natural one I’d say… 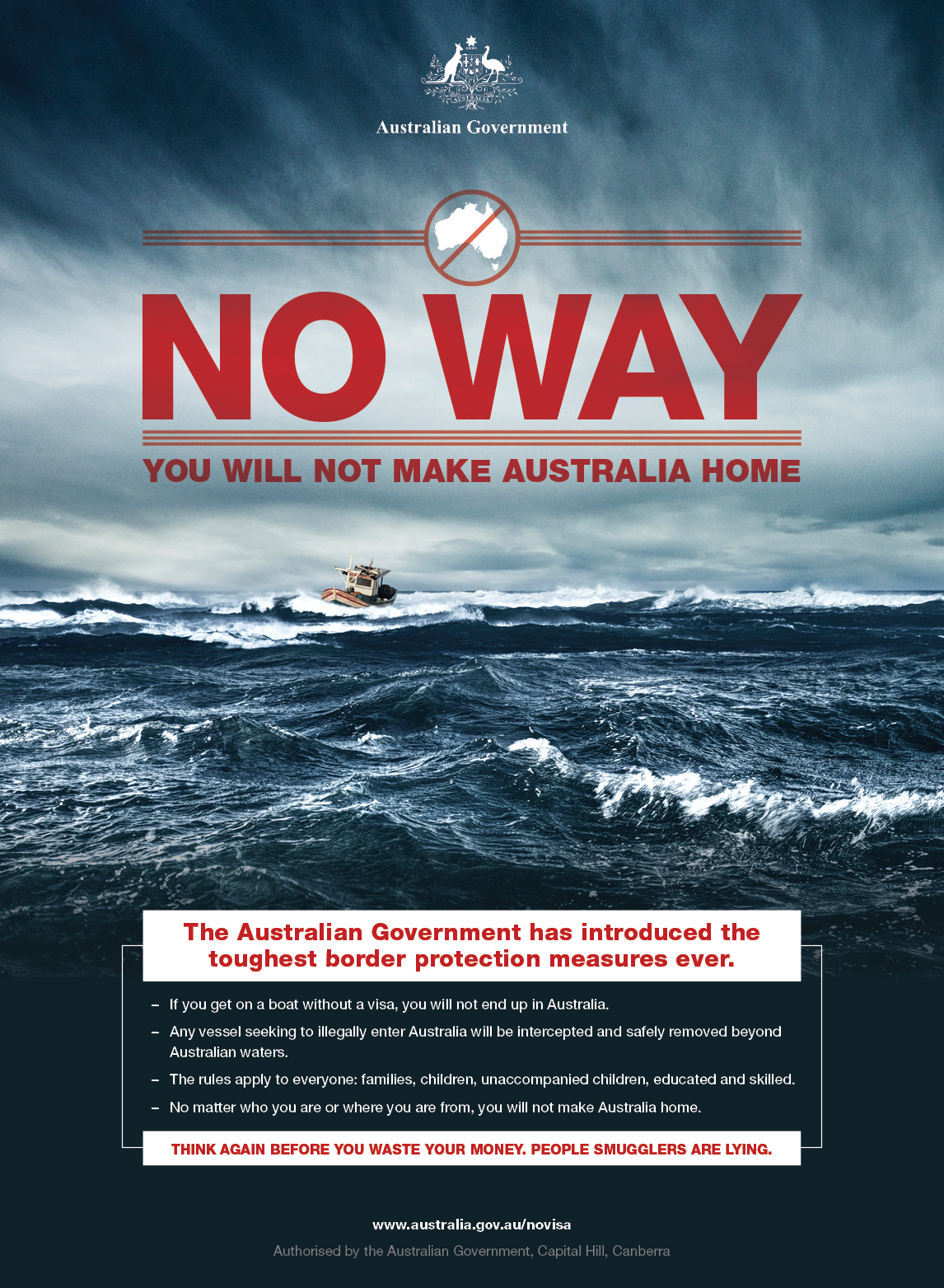 It’s remarkable that states – especially those which have sprung up as a result of migration – takes this kind of stance, with this type of communication. I could, perhaps, understand “there are legal and safe routes to migrate to Australia, please don’t get on a boat”. But: “No matter who you are or where you are from, you will not make Australia your home”?

If you want to enjoy the full nastiness of their ad-campaign click through here.

Jesus, you were really of no help here:

“Are you still so dull?” Jesus asked them. 17 “Don’t you see that whatever enters the mouth goes into the stomach and then out of the body? 18 But the things that come out of a person’s mouth come from the heart, and these defile them. 19 For out of the heart come evil thoughts—murder, adultery, sexual immorality, theft, false testimony, slander. 20 These are what defile a person; but eating with unwashed hands does not defile them.”

via Matthew 15 NIV – That Which Defiles – Then some – Bible Gateway.