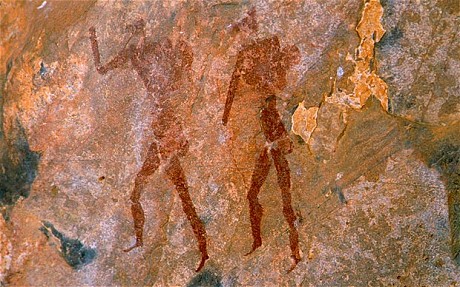 Archeologists believe they have discovered a ‘transsexual’ or ‘third gender grave’ in the Czech Republic Photo: ALAMY
10:00PM BST 06 Apr 2011

The male body – said to date back to between 2900-2500BC – was discovered
buried in a way normally reserved only for women of the Corded Ware culture
in the Copper Age.

The skeleton was found in a Prague suburb in the Czech
Republic with its head pointing eastwards and surrounded by domestic
jugs, rituals only previously seen in female graves.

“From history and ethnology, we know that people from this period took
funeral rites very seriously so it is highly unlikely that this positioning
was a mistake,” said lead archaeologist Kamila Remisova Vesinova.

“Far more likely is that he was a man with a different sexual
orientation, homosexual or transsexual,” she added.

An interesting find, but somehow unsurprising? It seems quite natural that there should always have been, and will continue to be, a broader spectra of gender and sexuality than “male” and “female” (especially since even “sex” seems to be a spectrum).

For those claiming that homosexuality is somehow a modern construct that needs to be removed – yet another spike in the coffin for that theory.

Read the full article at :