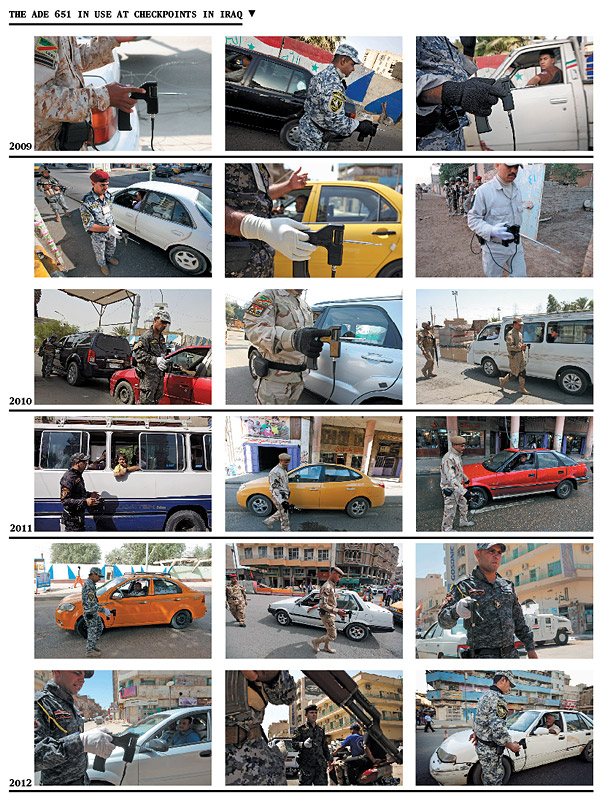 In the meantime, McCormick approached Minnesota Global, a mail-order business in Minneapolis, the manufacturer of the Lil’ Orbits doughnut-making machine and the distributor of the remaining stock of the Gopher golf ball finder. At the end of 2005 he ordered 100 golf ball detectors from Minnesota at $19.50 each and, a few months later, 200 more. In his garage in Somerset, he later told police, he programmed these for “electrostatic ion attraction” using a collection of jam jars and spice pots that contained samples of drugs and explosives. In each jar, he placed small colored stickers and left them for a week to absorb the vapor of whatever substance his customers might wish to detect. The samples included cannabis; folded fragments of a Japanese 1,000 yen note; and a piece of gauze McCormick had used to staunch a nosebleed, which he later explained was used to aid in human detection. After a sticker had spent a week absorbing vapor, he glued it inside the Gopher. He then removed the plastic badge that identified it as a golf ball finder, and replaced it with one bearing ATSC’s logo. This became the ADE 100—sold for the first time, in March 2006, to McCormick’s agents in Lebanon. Price: $3,000 each.

via In Iraq, the Bomb-Detecting Device That Didnt Work, Except to Make Money – Businessweek.